The problem with vanilla 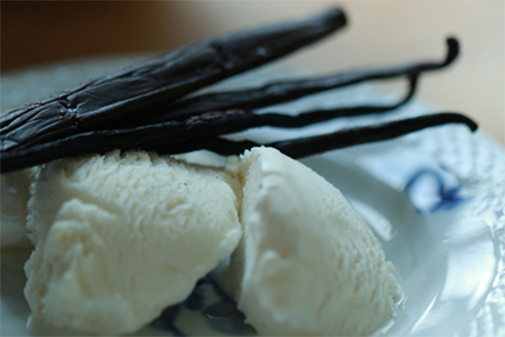 In the article researches explain why bioconversion of vanilla via yeast and bacteria present challenges and what has been done to overcome them.

From the article: In a review of vanillin bioconversion processes, Nethaji Gallage and Birger Møller, plant scientists at the University of Copenhagen, found that both ferulic acid and eugenol are pricey raw materials (Mol. Plant 2015, DOI:0.1016/j.molp.2014.11.008).

Production of eugenol is industrialized because the molecule is used to produce various flavors and fragrances, but its price tag is still around $50 per kg, the researchers say. Naturally extracted ferulic acid costs even more, around $180 per kg.

Compared with synthesizing vanillin from petroleum or extracting it from vanilla beans, bioconversion via yeast and bacteria presents limitations, Gallage and Møller note. High concentrations of both ferulic acid and eugenol are toxic to most microbes, as is vanillin. Indeed, all three compounds are made by plants as antimicrobials.

The biotechnology firm Evolva developed a process to get around high feedstock costs and toxicity problems by feeding glucose to a genetically modified microbe that produces vanillin glucoside. The sugar group makes vanillin much less toxic to the production organism but must be removed to get vanillin.