Allison Maree Heskes from Center for Synthetic Biology has received a prestigious 1.4 mio DKK Marie Skłodowska-Curie grant from the EU to elucidate the biosynthetic pathway of a natural compound from the fruit of the Chaste tree.

The seeds of the Chaste tree - Vitex agnus-castus - were once used to reduce sex-drive. Now it has been proven that in large amounts, a compound from the tree can infact increase women's fertility and reduce the discomfort of PMS, which 30% of all women experience and has a great impact of their quality of life.

However, it is very difficult to extract the desired substances from the fruit in its pure form and thus mass produce it.

Allison has received a grant to make mass production more attainable and sustainable. The first step is to locate where in the tree the correct diterpenoids are produced and then identify the enzymes involved in their biosynthesis. 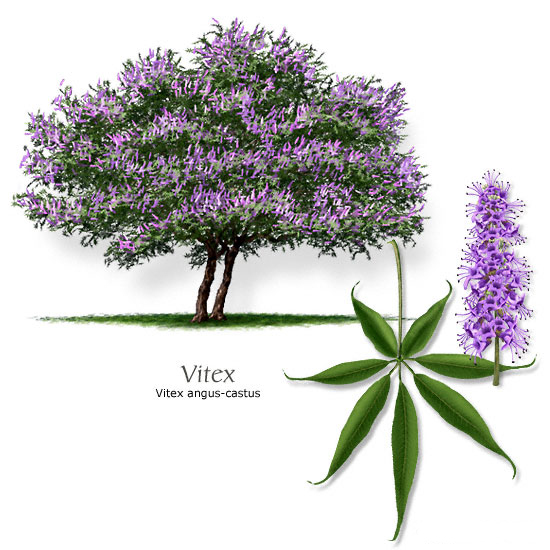 ”One of the interesting things about this project is the technologies we are using. We use state of the art mass spectrometry imaging, at the same time as we are working within the field of synthetic biology”,
Allison explains.

Mass spectrometry imaging is a new technology which UCPH has recently implemented. It works by bombarding the halved fruit with lasers, which releases the compounds from the target areas so they can be analysed. By firing at different areas in the fruit, we can map where in the fruit the interesting compounds are.

She stresses that the drug has some potential other perspectives. In combination with other substances, it can prove effective against Parkinson's disease and other with neurological diseases.

Read the article on Allison's project, published by Ingeniøren here