Is science only for the few?

Research communication is a duty

1.5 million research articles are published every year in scientific journals, but many of them are hardly read or cited by other researchers. 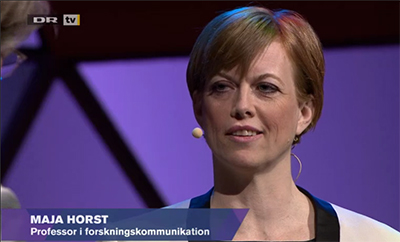 In an opinion piece in the Singaporian newspaper The Strait Times, two researchers estimate that 27% of natural science papers are never cited - and that only a few of the cited papers are actually read. They suggest that researchers use the main stream media more. Many of the world's most talented thinkers may be university professors, but sadly most of them are not shaping today's public debates or influencing policies. Indeed, scholars often frown upon publishing in the popular media. "Running an opinion editorial to share my views with the public? Sounds like activism to me," a professor recently noted at a conference in Oxford.

However, according to professor in science communication, Maja Horst, the problem of useless research not as one dimensionel. The university has an obligation to communicate and not the individual researcher. "If I demand by the individual researcher, he or she should communicate more, it would not be fair, for they have no control over whether the media and editors are interested in their research," says Maja Horst.

Prof, no one is reading you. Opinion piece in The Strait Times, 11 April 2015