Congratulations to Oliver Gericke for his PhD degree

Title of PhD: Exploring terpenoid diversity and biosynthesis in Eremophila 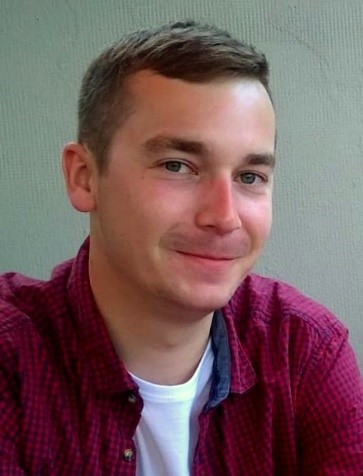 With 230 described species, Eremophila R. Br. is the largest genus in the tribe Myoporeae (Scrophulariaceae) and exhibits incredible morphological diversity throughout the Eremean biome, which covers approximately 70% of the Australian continent. It is an ecologically and culturally important genus for Indigenous Australians, who have traditionally used several Eremophila species as sources of medicines. Despite the importance of this genus, it is poorly characterized taxonomically as well as phytochemically. The scarce studies that have been carried out point in particular to serrulatane and viscidane type diterpenoids as the bioactive ingredients of Eremophila extracts. The aims of the present PhD thesis are twofold: the study of the Myoporeae associated metabolite diversity to uncover chemo-evolutionary relationships within this tribe and the discovery of biosynthetic pathways that lead to Eremophila specific diterpenoids. (1) I have investigated the metabolite diversity of the tribe Myoporeae in a chemo-evolutionary framework by applying a combination of state-of-the-art phylogenetics and computational metabolomics tools to a dataset involving leaf extracts from a total of 291 taxa representing Eremophila and allied genera. Molecular network based tanglegram and heatmap analyses unveiled that serrulatane and viscidane diterpenoid chemistry is responsible for a major split of the specialized metabolome. I found that these diterpenoids coincide with leaf resin and antibacterial properties, suggesting to be the result of an adaptation to harsh conditions during the relatively recent formation of the Eremean zone in central Australia. (2) I was interested in the biosynthetic pathways that lead towards the diverse array of serrulatane, viscidane and cembrane type diterpenoids. Using transcriptome databases generated from leaf glandular trichomes of three Eremophila species, enabled me to isolate biosynthetic candidate genes. Their heterologous expression in different expression systems helped me to elucidate the first biossynthetic steps towards these diterpenoids. With these results, the poorly investigated and recognized cisoid terpene branch comes to the forefront of plant biochemistry research. Serrulatane and viscidane type diterpenoids are promising candidates for new drug leads, and thus the identification of their biosynthesis opens up the possibility of biotechnological exploitation.