An unprecedented revisit to earlier rulings on two consolidated cases by the European Patent Office (EPA) has clarified that innovative products resulting from conventional plant breeding methods are patent eligible. UCPH Legal Scholars Timo Minssen and Ana Nordberg of the Center for Synbio interpret the impact of the rulings in a new article published in Biotechnology Law Report.

On 25 March 2015, the Enlarged Board of Appeal of the European Patent Office (EBA) delivered the much awaited consolidated decisions on the “Tomato II” and “Broccoli II” cases.

The decisions confirm that:

Building upon the previous EBA ruling in Broccoli I & Tomato I, the EBA has now clarified that plants produced by processes excluded under the European Patent Convention (i.e. “essentially biological processes”) can be patented. This applies even if such products are claimed in a product-by-process format.

This is the first time the EBA has delivered a second consolidated decision on patents already considered by two consolidated earlier EBA decisions.

In their new article legal scholars Associate Professor Timo Minssen and Postdoc Ana Nordberg analyse the rulings and their consequences for the European biotech industry.

Major conclusions of the article include: 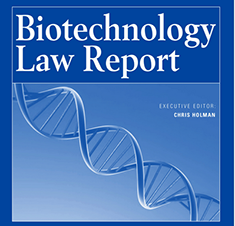