Congratulations to the 2013 Copenhagen iGEM Team with their Gold Medal! 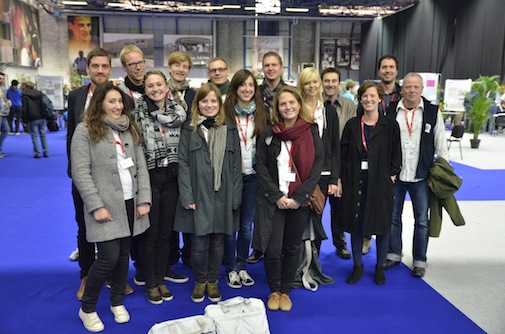 11 University of Copenhagen (UCPH) students won gold medal at the European championships in synthetic biology for students. They were awarded gold for their idea for new cancer treatments and for making it easier for all teams to share experiences and knowledge.

The pride was easy to trace in faces of the 11 students from University of Copenhagen, when they were declared gold medal winners for their synthetic biology project, which they have spent the whole summer working on at Dpt. Of Plant and Environmental Sciences at UCPH.

This is the first time a team from UCPH takes home a gold medal from the international student competition in synthetic biology called iGEM. The students’ project has drawn the attention of the judges: ”UCPH’s iGEM team impressed the judges with regards to their new ideas for cancer treatment as well as their abilities to form broad, international collaborations with other iGEM-teams”, says on of the team’s instructors Björn Hamberger, who was one of the 60 iGEM judges.

’Bricks of Knowledge’ will make everybody smarter
Among the 60 teams that participated in the European iGEM jamboree, gold is awarded exclusively to the teams whose project fulfills a set of strict criteria. This year, the level among the European iGEM teams was high, and 26 teams fulfilled the gold criteria. UCPH’s team has e.g. constructed novel genetical functions, called biobricks, for the open iGEM registry. The team has also been awarded their gold medal for their ’Bricks of Knowledge’ project – a platform to facilitate the sharing of knowledge and experiences among iGEM teams from all over the world.

Involve others – for the benefit of society!
The iGEM competition awards the teams who involve a broad set of disciplines in order to approach their project from several angles – e.g. the social, ethical and economical. This is meant to ensure that the project is of benefit to society and that the public welcomes it. UCPH’s director for Research and Innovation, Anna Haldrup, is therefore pleased that the UCPH asserts itself in the iGEM competition:

"iGEM teaches students to be the science-entrepreneurs of the future – and with this gold medal, this year’s team has passed the litmus test with honors. They have shown that a focus on solving societal challenges combined with their skilled work across disciplines and competences, presents them with the tools to rapidly discover exciting and industry-relevant solutions – all of which universities as well as society in general will have great need for in the future.”